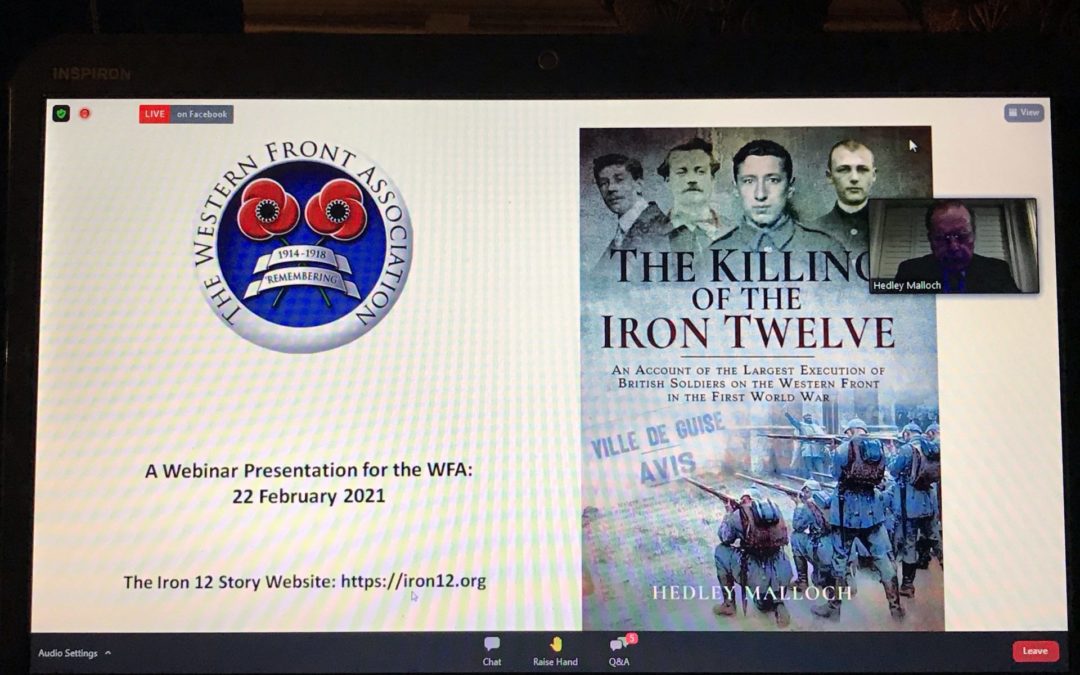 Hedley has given this, or similar, talks on this story many times previously but this was his first by Zoom. About 500 members of the Western Front Association joined this event. Hedley gave a concise summary of the story and concentrated principally on a few main themes such as, how and why the soldiers were betrayed, why the German occupying forces acted as they did in defiance of the Geneva Convention, and was there a twelfth soldier? The audience showed a keen interest and the talk finished with a lively Q and A session. There are cons to using social media; not least the lack of audience interaction, but this is more than offset by the huge numbers in the audience. Rather than passing on the message to small groups, in one hit, there are now approximately 500 people who now know more about the Iron 12 story. Hopefully, some of this new found knowledge will be passed on. Some of the audience were kind enough to make donations to the Iron Memorial Fund. If you would like to make a donation you can find the details here: Make a Donation  Thank you.