The road name is a bit of a giveaway and leads to the bridge over the Canal de la Sambre à l’Oise. 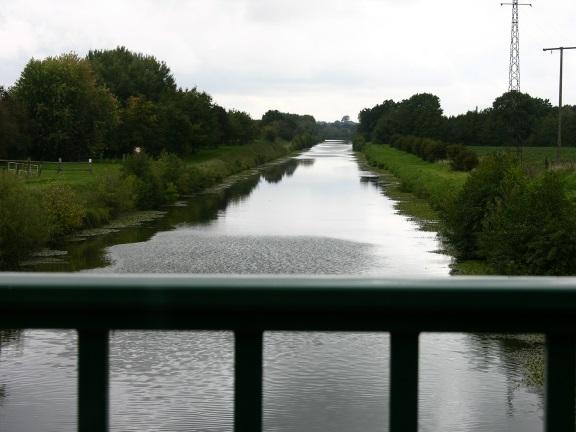 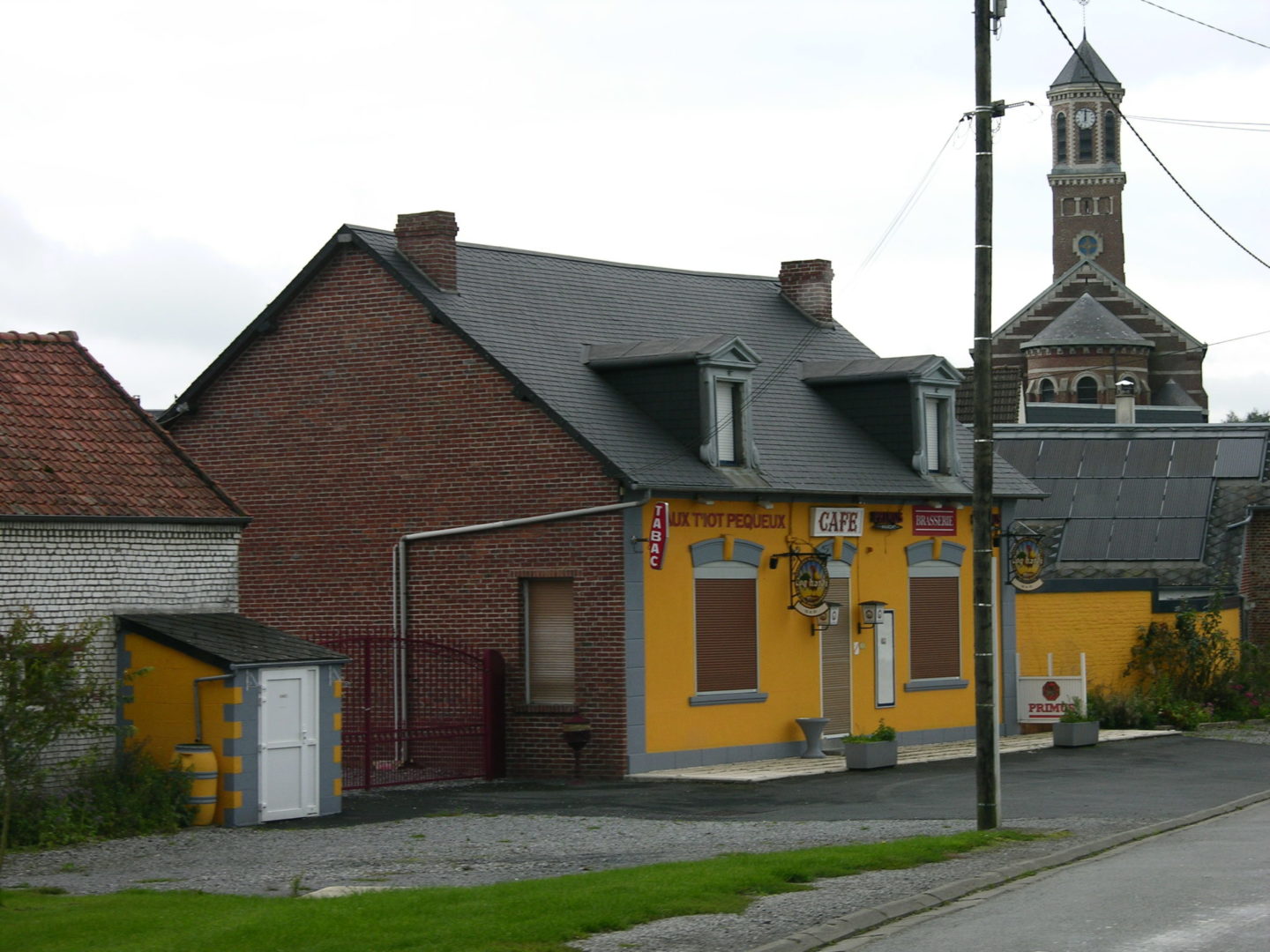 Pass through Oisy on the D272 going left by the church. Keep on the D272 until a large, tall water tower appears in front. At this point turn left on to the Rue de Planty. 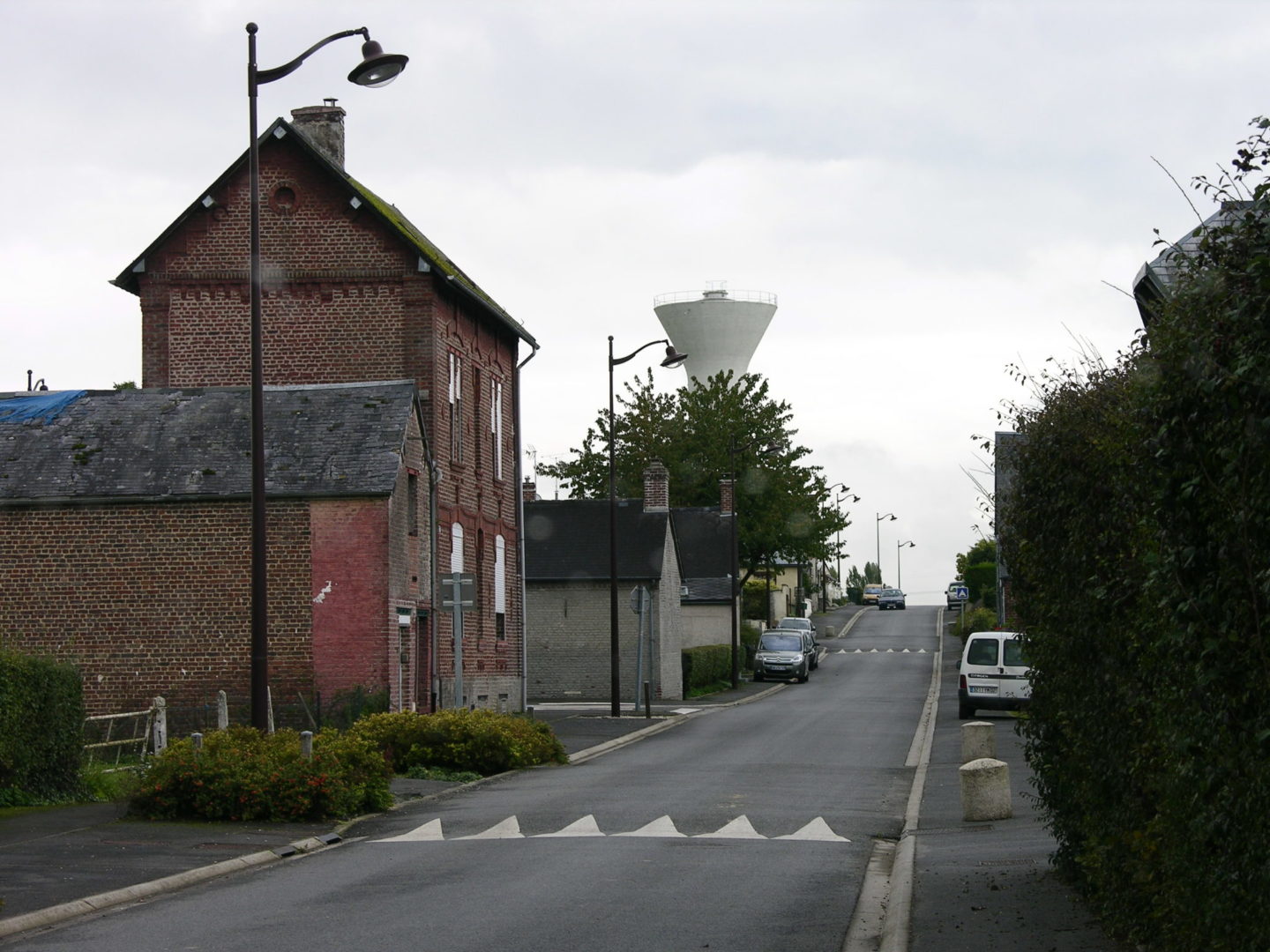 Follow this road until it meets the D643. You may want to pause here and look left up along the rise of the D643 which leads to Extreux. 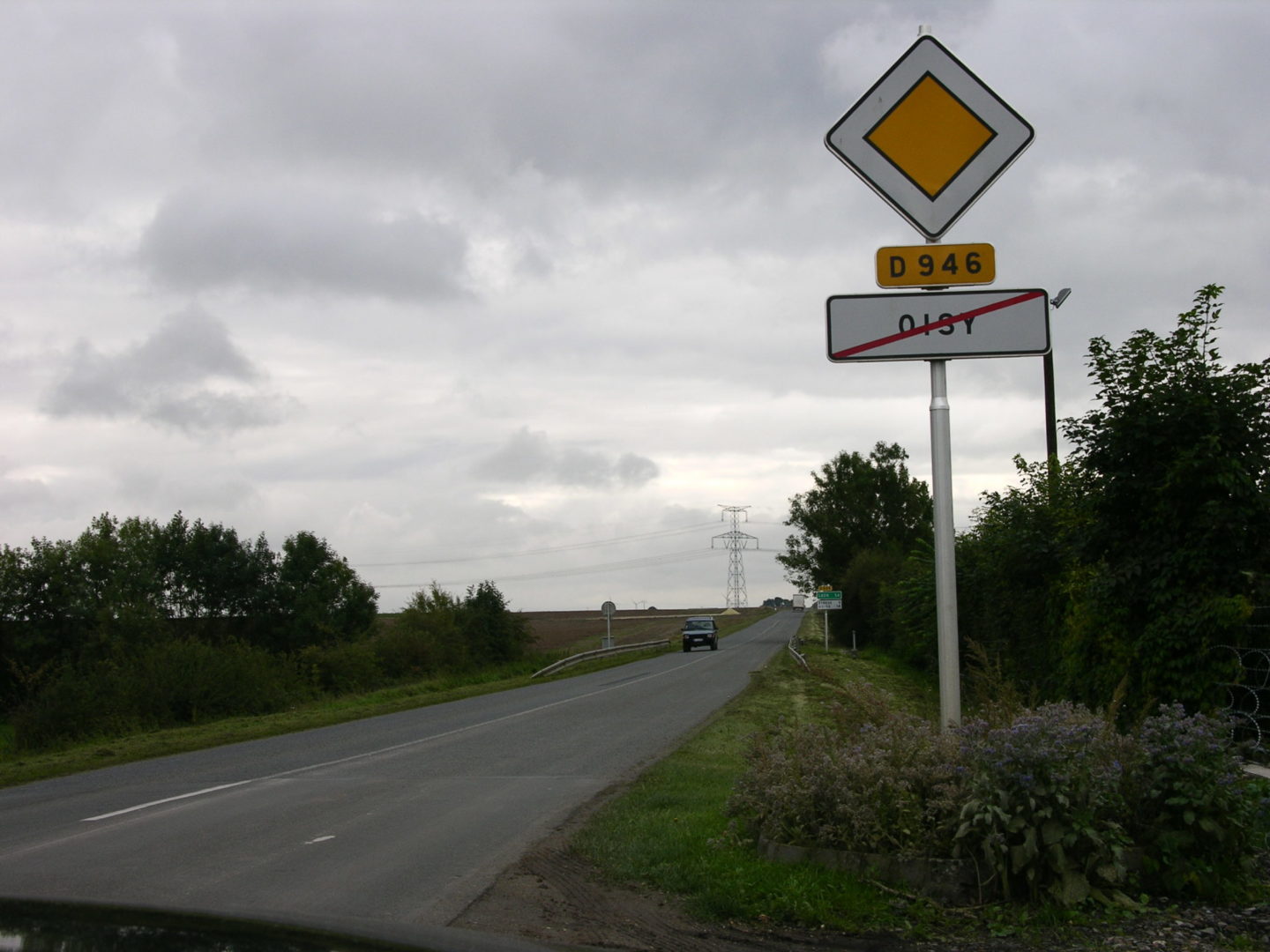 D946 at Oisy. Etreux is over the ridge in front.

While C company was still north of Oisy, D company, half of A company, B company and machine guns were positioned along both sides of the D643 leading to Etreux. Follow the D643 towards Etreux. Pass over the rise and Etreux is directly in front of you.

All of these soldiers were stragglers from two encounters between the German and British armies in the last week of August 1914. These were at Le Grand Fayt and Etreux. Both the 2nd Royal Munster Fusiliers (2/RMF) and the 2nd Connaught Rangers (2/CR) were part of 1 Corps; 2CR were part of the 2nd Division, 5th Infantry Brigade; 2/RMF were a 1st (Guards) Brigade battalion in the 1st Division. On the afternoon of 26 August 2/CR were deployed about 2 miles east of Landrecies; they had been detailed to act as rear-guard to the Brigade’s retreat. Misinformed as to the Germans’ position 2/CR were encircled by them in an area around Marbaix and Le Grand Fayt. They emerged with nearly 300 men missing.

The next day (27 August) 2/RMF and two troops of the 15th Hussars were defending the crossings of Sambre Canal between Catillon and Etreux, about six miles south-west of Le Grand Fayt. They were deployed along the road linking Bergues and Chapeau Rouge. They came under German attack during the morning. Orders to retire from Brigadier-General Maxse GOC 1st Guards Brigade never reached them. They were left isolated as other units in the Brigade on their flanks withdrew and by early evening their line of retreat across the canal to the relative safety of Guise had been severed. Surrounded by a much superior German force, they lost their CO, Major Charrier. His successor, Lieutenant Gower, surrendered at about 9.15 pm. He was subsequently interned in Holland.

During the fighting the Munsters were supported by John Stent’s (one of the Iron 12) unit, C Squadron of 15th (The King’s Hussars). His squadron was heavily involved in the fighting to relieve those Munsters encircled at Bergues, which enabled some 170 soldiers to escape. To this date he is the only one of the eleven whose location on the battlefields can be stated with any degree of precision.

We believe that the other soldiers, who became part of the Iron 12, were never fully engaged in the battle at Etreux but more likely positioned somewhere to the side, perhaps to provide protection against an enemy flanking manoeuvre. After escaping, the soldiers laid low and lived rough in the fields and forests around and about. There are many reports of Germans capturing Royal Munster Fusiliers and Connaught Ranger soldiers weeks after the battle. The Iron 12 evaded capture in woods and fields which we shall see, until sometime in November 1914, they were seen by the villagers of Iron in the fields.