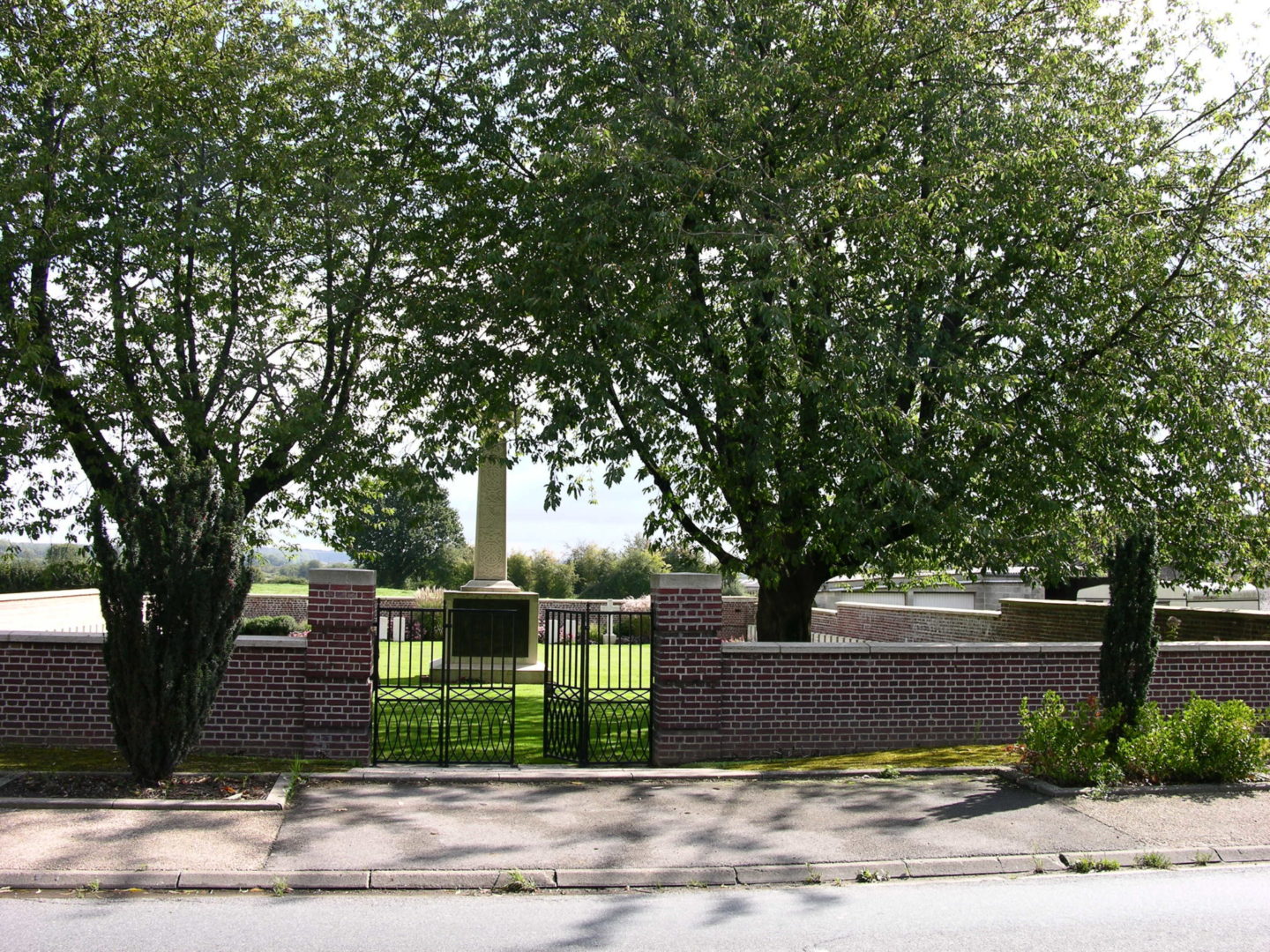 The Orchard cemetery in Etreux

As you enter Etreux on the left hand side you will see the military cemetery called the Orchard where most of the Munsters fought to the end and where many of whom are buried. Park in one of the bays in front of the cemetery.

Notice the Celtic cross in the centre of the cemetery. About halfway along the right hand edge of the graveyard is the gravestone of Major P. A Charrier, commander of the Munsters, buried alongside his men. He was an imposing and charismatic leader who wore a distinctive tropical pith helmet. 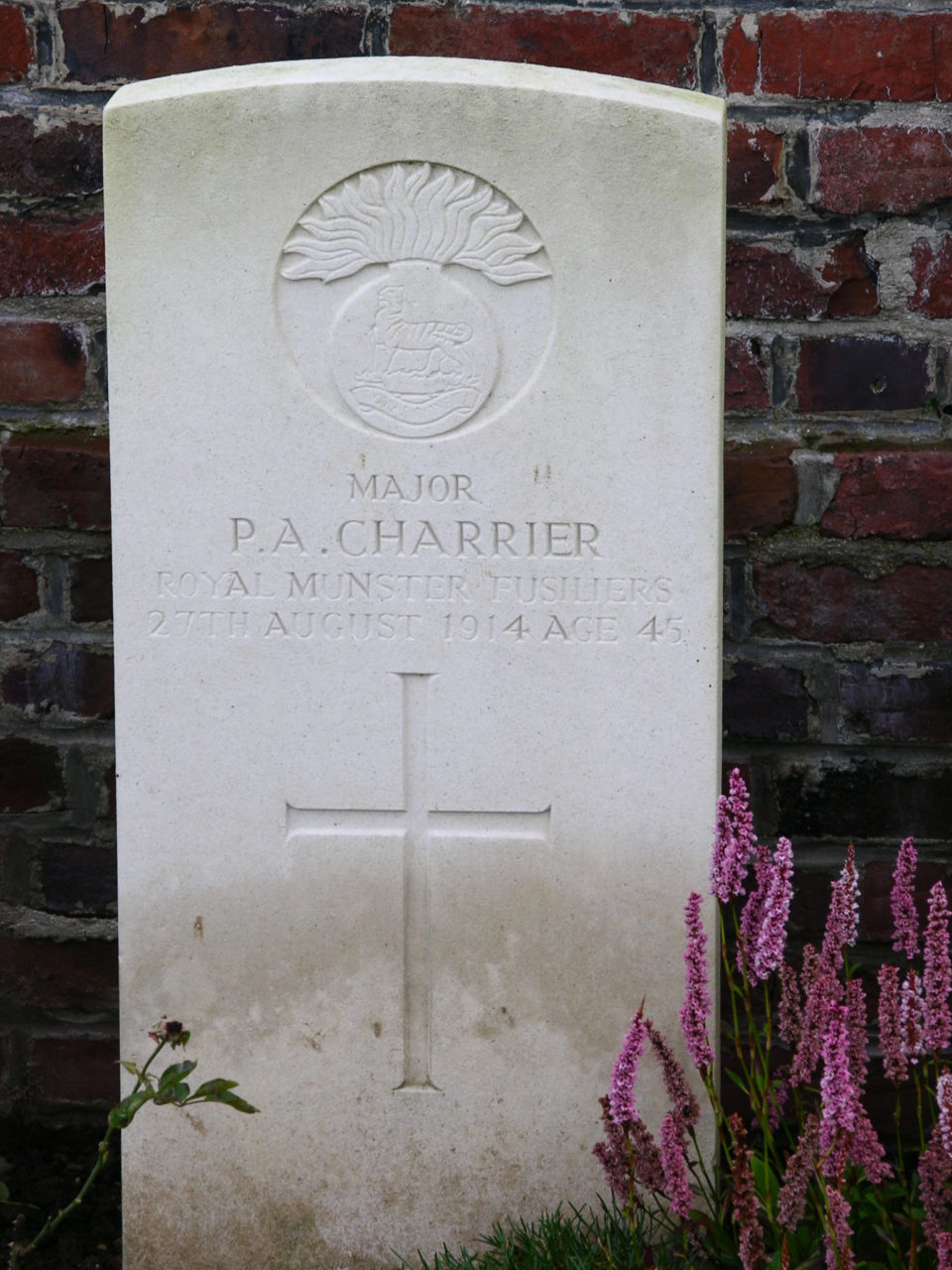 The grave of Major P. A Charrier, commander of the Munsters 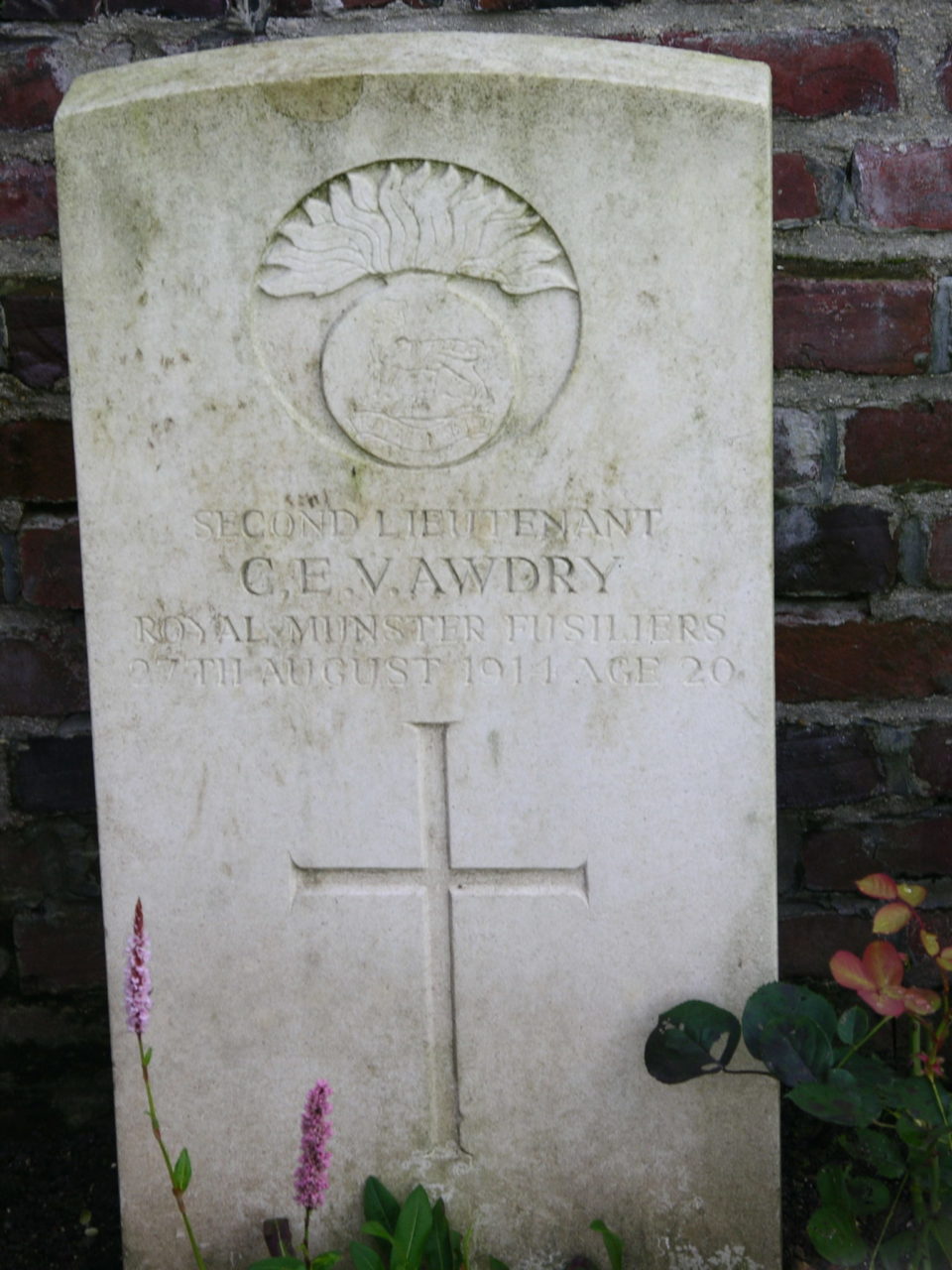 The grave of C.E.V Awdry

In the back right hand corner is the grave of C.E.V. Awdry, step-brother of the Rev W. Awdry, author of the Thomas the Tank Engine.

You may care to sign the visitors’ book before you leave the Orchard. As you exit to the cemetery, look across the road to this house: 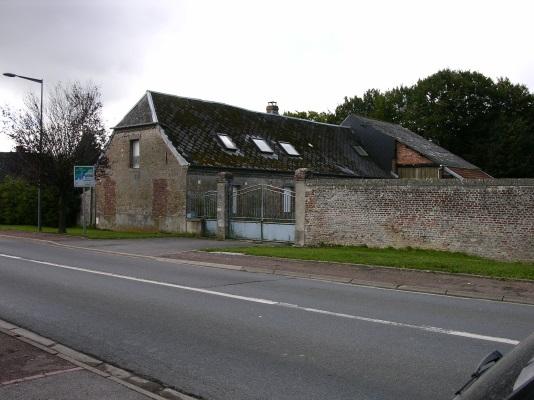 House occupied by the Germans which is opposite the Orchard cemetery

This is the house that was occupied by the Germans along with some of the surrounding buildings and fields. The Munsters got within 50 yards or so of this house and fierce battles took place, culminating in the final battle in the Orchard. The few soldiers who remained alive but ran out of ammunition, surrendered at 9.00 pm on the 27th August 1914.

We continue towards the centre of Etreux and over the bridge of Canal de la Sambre à l’Oise, the same canal we crossed over in Oisy. 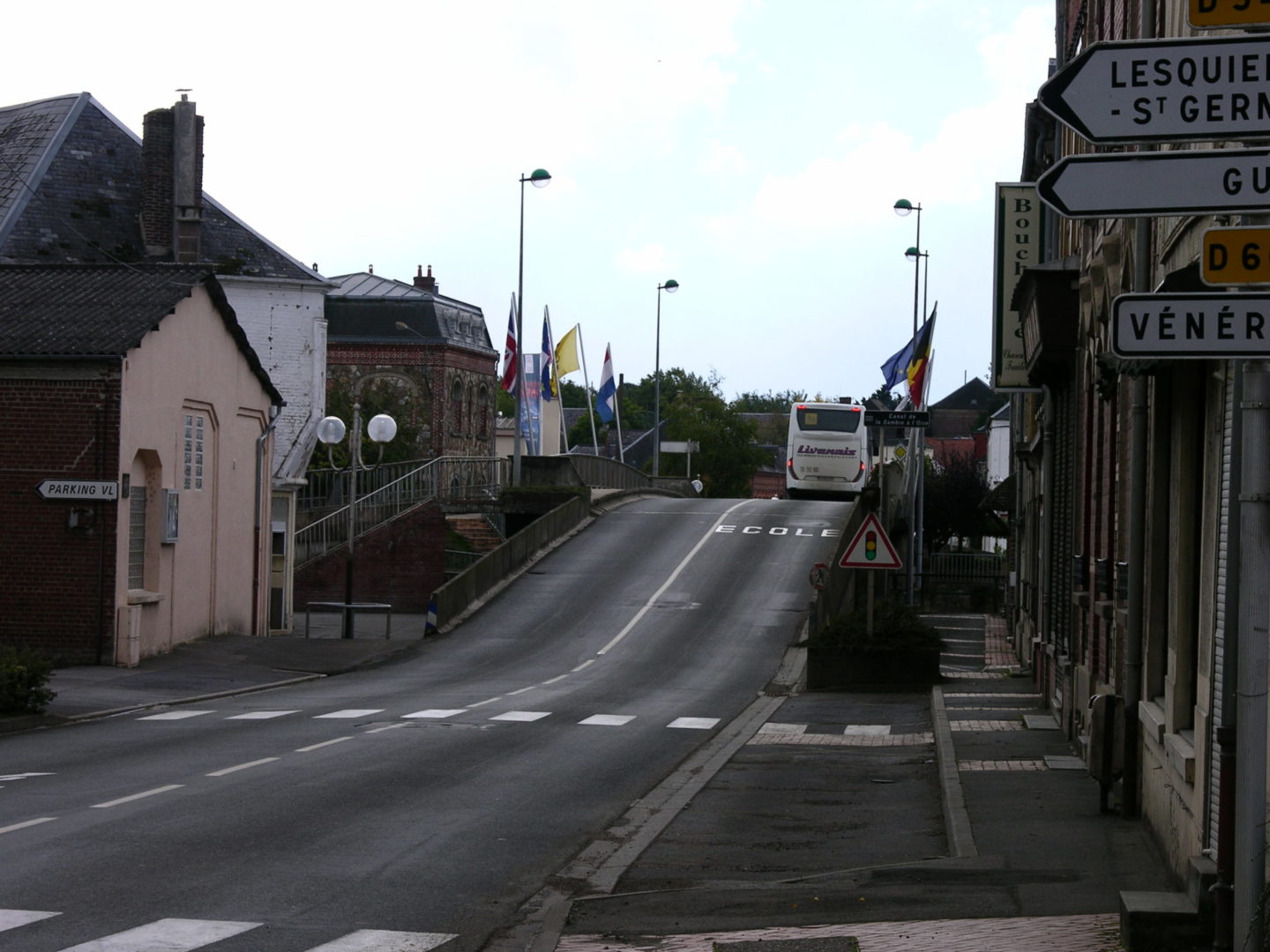 After the bridge take a left turn on to D782, to La Neuville. As you come into the village, turn right on to the D78 towards the village of Iron.

As you leave to La Neuville, on your right in the le Ronsoy region, you will see fields, copses and small woods. It was here the Iron 12 hid, playing cat and mouse with the Germans. At one point their hideout was a straw dung heap which presumably was a pretty good place to conceal themselves. As autumn turned to winter, the nights grew chillier and the food scarcer, the troops were forced further and further afield to forage for food. In November 1914, the soldiers were spotted by the villagers of Iron (pronounced Ear-ron). After a period where mutual trust was developed, the soldiers took shelter in the mills in the village of Iron.